Whilst out on the road we’ve stayed in a variety of wonderful places, from viewpoints at the top of mountains to shorelines of lakes and seas. When we neared the top of Poland we didn’t have anywhere particular in mind for overnight stops so went out on a whim. This happens more often than not and what normally occurs in the cockpit is I’ll aimlessly drive as Bani surveys the satellite images of Apple maps and eventually we rock up somewhere that we may or may not be allowed to camp. This has led to many frustrations in the past from either awful directions and terrible destinations on Bani’s part or my irritability to end a long drive and have some food. On multiple occasions we have been rejected by one way streets or height limited parking and even angry homeowners not embracing any hospitality and asking us to go away.

After constant fear of the dilapidated roads breaking my van I was already on edge about pothole caused damage so when Bani led me down an old farm track in the middle of nowhere that was bumpier than brail I didn’t have a good feeling. What started as a horrendously laid cobble road dissolved into lumpy concrete blocks which shook the van as we crawled along. Eventually we emerged out into a field and what maps had conveyed as a road, was just a farm track. Persevering along the jolting path used by heavy duty tractors and not frail old Campervans I nervously rattled around behind the steering wheel as Bani stared at the map looking as if he was strangely enjoying the vibrations a little too much.

When the opportunity arose to stop in a layby/ empty patch of field I decided enough was enough and we set up camp on the edge of the crops. As far as places to sleep went it wasn’t too bad, not great, but not bad. Other than the occasional farm vehicle roaring past it was quiet and the view over the endless flat farms granted a calming sunset as it all turned golden.

Driving back the next day was equally as turbulent as Fanny jiggled her way back to the tarmac, repeating my trepidation and Bani’s possible arousal, but after the quarter mile of hell we set our sights for Gdansk. Throughout all of Poland Bani had been mumbling on about some museum he wanted to see in the port city, a recently built exhibition which thoroughly escorts punters through the tumultuous times of the world wars, and without another idea of where to go, that’s where we headed. 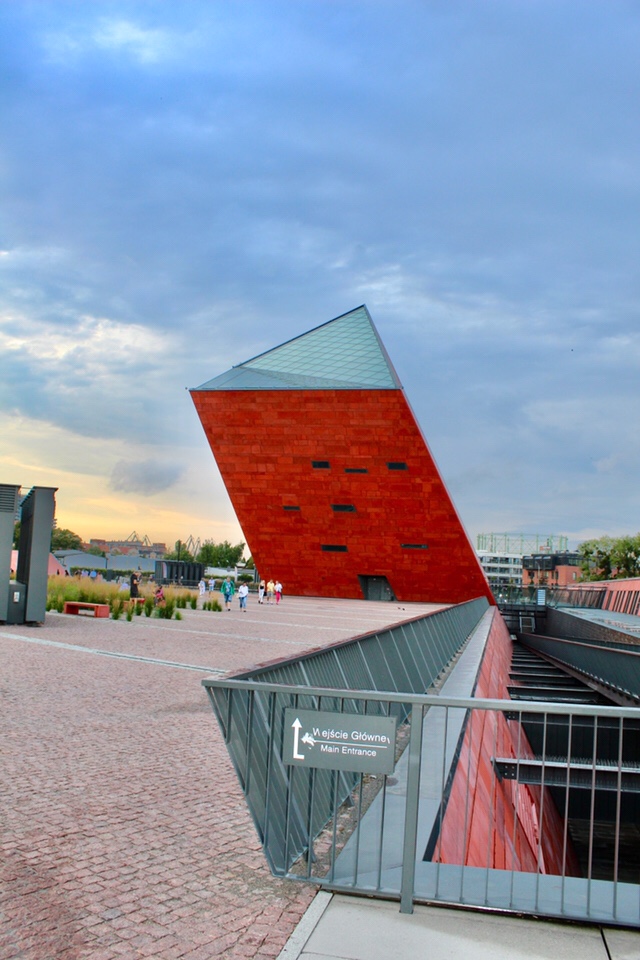 If I could only revisit one museum in my life, it would be the museum of World War II in Gdansk. We spent all day wandering through the intricately laid out information which takes you from the start of the First World War through the inter war years and into the Second World War and post war times. A wonderfully arranged order winds through the huge museum offering both informative overviews and detailed smaller stories. They also offer a delicious Caesar salad which we had two of each. 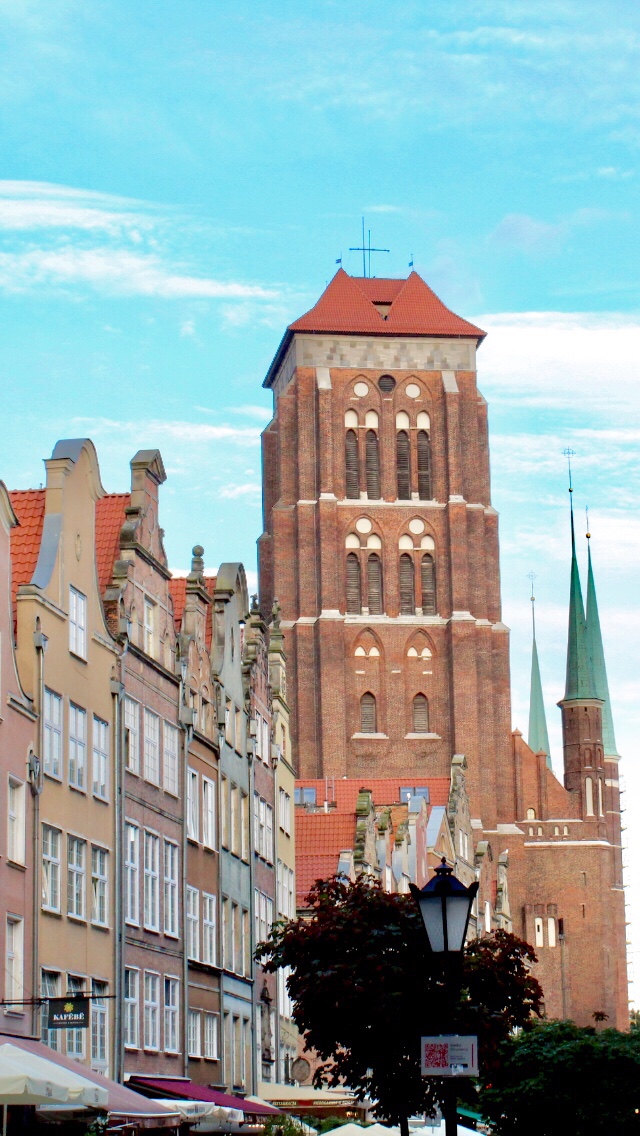 It’s only fitting that a city so embroiled in the troubles of the early 20th century has such an impressive reminder of the perils. Having always been a source of political disagreement Gdańsk has a hard history of changing between German and Polish hands as well as being an independent state. After the First World War it became the free city of Danzig, being taken from Germany and closely tied with Poland. Offering the reborn independent state of Poland a corridor to the sea it cut a channel through Germany, which caused great anger and played a critical role in the invasion of Poland in 1939 and the start of the Second World War.

The Nazi invasion of Danzig in the Battle of Westerplatte is still regarded in Poland as an inspirational symbol of resistance and strength. At the city’s docks an estimated 240 Polish soldiers held off 3,500 Germans reinforced by 3 boats and 60 dive bombers for a week. Despite being severely outnumbered and outgunned the courageous Polish forces utilised the defensive structure of the fort to hold off the invading Germans until their ammunition and food supplies ran out. The defiance showed in the northern port spurred on other Polish and Allied troops on other battle fronts and back in Danzig the Commander of the German attack was so impressed by the resilience he let the surrendering Polish commander keep his ceremonial sabre.

Nowadays Gdansk is a busy port town with a dock lined with restaurants and cafes and was my favourite of our stops in Poland. From the staggeringly modern history museum we ascended from the underground labyrinth back onto the dockside. After hours journeying through the last century of the town and countries history in the museum we spent the short remainder of the day walking back along the water side past the other historical and cultural attractions. After seeing another of Poland’s huge brick buildings, St Mary’s church, we left the centre and headed for the beach.

Poland is rarely associated with sunbathing by the seaside which is no surprise as its coastline runs into the Baltic Sea. I didn’t know what I was expecting but it certainly wasn’t soft white sand between fun fairs and a calm, temperate sea. Whilst trying to sleep next to an amusement park booming out a heavy bass all night wasn’t ideal waking up on the shore was a worthy compensation. The peninsula a short drive of the ferry port was made up of fine white sand, perfect for frisbee, and we spent our last day relaxing in a warm breeze which drew an apt end to our lazy tour through Poland.